Changing landscape around the site 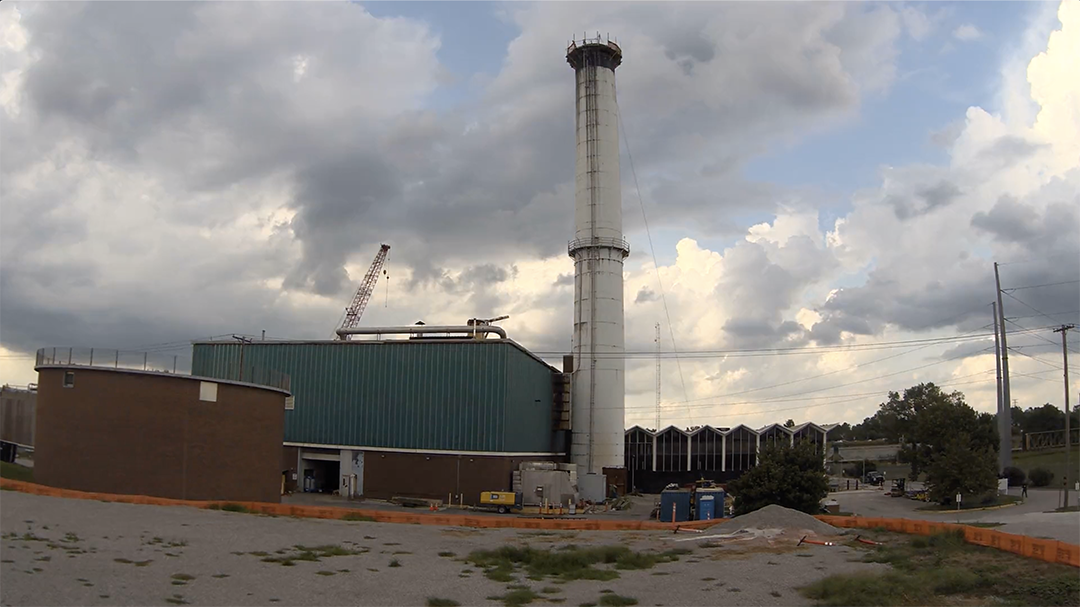 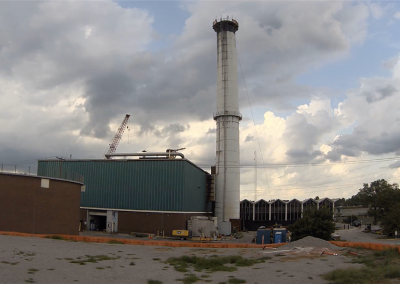 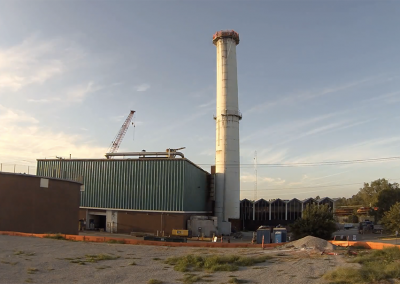 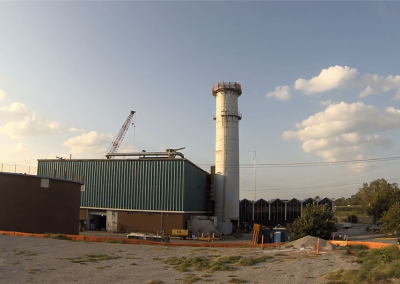 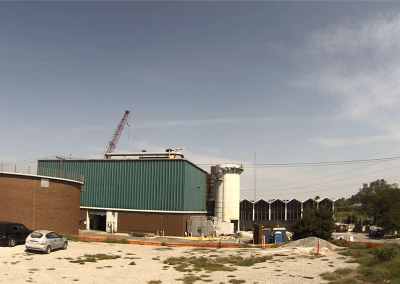 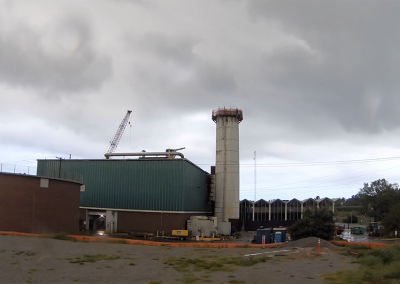 Due to the implementation of the new Thermal Hydrolysis Process (THP), the smokestack that has been a fixture on the Blue River Campus for decades will no longer be needed. Although it wasn’t visible from the outside, the demolition of the smokestack began May 2021 and will continue until mid-September 2021.

The smokestack was built in three layers: a brick interior, a layer of asbestos, and a concrete outer layer. The asbestos was safely removed and the deconstruction of the outer concrete layer began August 21, 2021. Crews from Pullman Power have worked tirelessly inside the smokestack, suspended from the structure, to take it apart brick by brick with a jackhammer.

The plant’s Control Room used to be on the 4th Floor of the Solids Building. It has now moved to the east part of the Administration Building in the new Operations Center. Functions of the plant can be monitored from the Operations Center and some functions can be controlled remotely.

Don’t worry, the retro-style Administrative Building will remain cool! The recently built concrete pad on the former south parking lot will host two brand new cooling towers to cool the building. The decision to purchase new cooling towers versus moving the current towers was an easy one. Because the current towers are made of fiberglass and are so old and fragile, they cannot be preserved. The current cooling towers are next to the Solids Building near the newly constructed Operations Center. Concurrently, the heat system in the Administration Building is also undergoing an overhaul. The Administration Building shares hot water to heat the building with the same boilers that provide process heat to the digesters. New boilers will be installed in the basement, so the hot water from the plant boilers will only be used by the digester heat exchangers.

If you’ve spent any amount of time at the Blue River Wastewater Treatment Plant, you may be familiar with the intense heat of the large incinerators used to burn de-watered sludge. Due to the innovative, new THP system to process sludge the incinerators aren’t needed. In fact, incineration ceased at the plant in November of 2020. The incinerators will be removed from the premises and the incinerator smokestack is also being demolished. Before the big blue incinerators can be safely removed, crews had to remove asbestos surrounding the 1966 model incinerators. AT Abatement cut rectangular holes on the outer layer of the incinerators and removed asbestos to ensure a safe environment for subsequent construction activities.