What’s the fuss about THP? 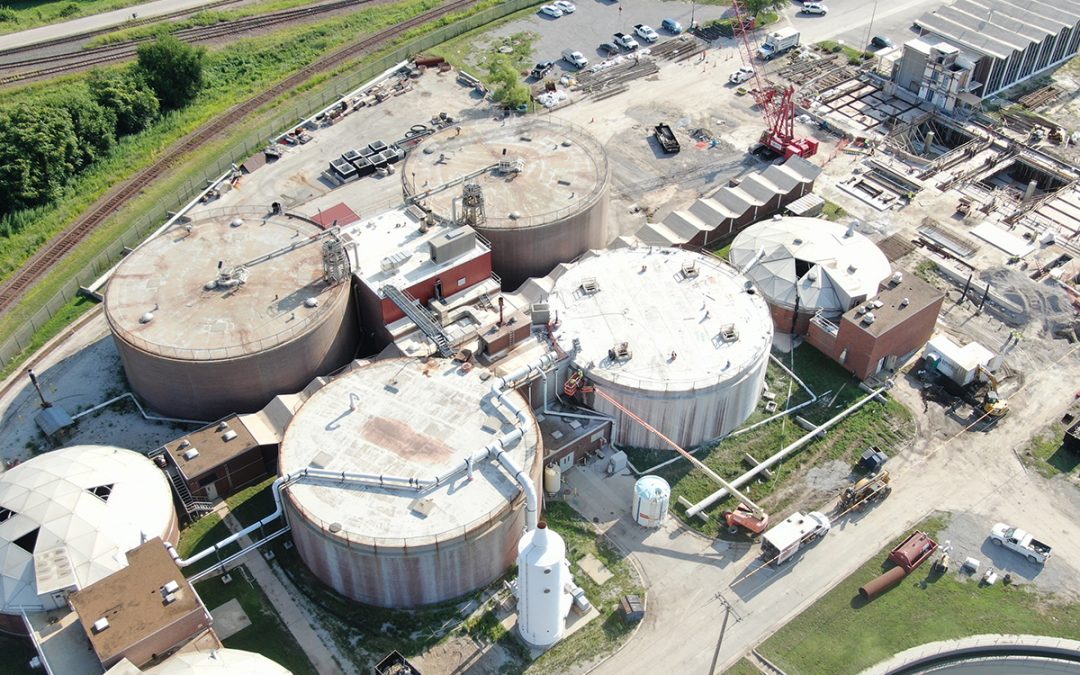 The Blue River wastewater treatment plant – the plant that processes the vast majority of solids in Kansas City’s wastewater – retired its half-century old incinerators to adopt new technology, a thermal hydrolysis process (THP). But, what exactly is THP, and how does it work? To answer these questions, let’s look back at how Kansas City wastewater has been processed for the past five decades.

Whenever people use water inside their homes it creates wastewater. From flushing the toilet to taking a shower to working in the kitchen, excess water and everything in it travels down the drain from homes and businesses across the city to one of six wastewater treatment plants.

When wastewater reaches the Blue River Wastewater Treatment Plant it flows through screens which capture larger items like toilet paper and food scraps. Items larger than three-fourths of an inch are collected in screens and ultimately sent to a landfill. Screened sewage is pumped to a grit removal system to remove eggshells, coffee grounds, sand, and other debris before flowing to primary clarification, secondary treatment, final clarification, disinfection, and then discharged into the Missouri river cleaner than when it was taken out. Primary and secondary clarification is when solids known as “sludge” is removed from the system.

Solids removed from all the Kansas City-owned wastewater treatment plants are processed at the Blue River Wastewater Treatment Plant located near Front Street and I-435. Half of the flow is sent to anaerobic digesters, which thicken the solids, and also produce biogas and reduce pathogens.

The biosolids generated from the digesters is sent to a City-owned land application site to fertilize corn and soybeans grown to make biofuel. The product currently produced is known as a “Class B” biosolid, according to Environmental Protection Agency (EPA) 503 regulations, and while it’s safe to apply to land there are various rules regarding usage on crops. Currently, the biogas produced at the digesters is flared off, but opportunities for beneficial reuse is being developed. The other half of the solids were sent to incinerators, burned to ash, and disposed of at ash lagoons.

The new THP technology at the Blue River Biosolids Facility will sterilize the sludge and rupture cell walls of the solids, which improve digestibility and performance allowing sludge that was previously diverted to the incinerators to flow through the digesters.

The new system starts with solids being pumped to centrifuges to be de-watered. Solids enter the centrifuges with a consistency like chocolate milk and exit with a consistency similar to pudding or a milkshake. This pudding-milkshake like substance will be pumped to thermal hydrolysis reactors where steam will be injected to pressurize and heat the sludge, much like a pressure cooker or InstantPot®. The “cooking” process only takes about 20 minutes and during this time pathogens are killed. After the holding time is met, the reactors open up to another tank, and the controlled rapid release of pressure ruptures cell walls which improves dewatering capabilities. Post-THP solids will be sent to digesters to be further broken down. After digestion, biosolids are dewatered again to a consistency of chunky soil. The finished product created by the new THP system is a high-quality “Class A” biosolid that potentially can be packaged and sold for use on farms or gardens with less stringent requirements. These products may be found at neighborhood hardware stores. DC Water, in Washington, D.C., successfully markets and sells their biosolids product, Bloom® (http://www.bloomsoil.com).